Does anyone else here have IBS? I find it can be a problem during long procedures

I'll probably have to have a root canal done soon I think. I had a crown put on a tooth but it's really been hurting and... I really think this will end in a root canal. Of course I'm hoping not but I'll prepare for it anyway.

To be honest I'm not actually that worried about it, per se. It's a great shame that this tooth is at this point (it's a molar) but there's not much I can do about that now and it's much worse than all my others.

Anyway... in this instance the thing that's worrying me is my IBS. For example if I lay back and they start doing the root canal, apparently it takes a long time. I think I can probably zone out once I'm numbed up and be happy that the toothache is gone and just think of something else until he's finished. Unless the rubber dam makes my sensitive gag reflex play up or something (which apparently is unlikely) I don't see a major problem as long as I take some valium to calm my nerves a bit.

But my IBS... over such a long period of time... sitting there feeling nervous... with little or no opportunity to use the loo if I need to? That could be a problem ._.

The longer I can't use a toilet and the more nervous I am, the more I need it. I'll take some imodium too before I go to settle my stomach but I still can't be SURE I won't need the loo, especially during such a long procedure (it could be like an hour or more?).

Does anyone have any thought on this? If it needs to be done then I feel like I should just get it out of the way, but this is a big issue for me.

this is clearly a thing of communication between you and your dental team. There are many people who need breaks during procedures be it because of physical conditions that do not allow them to lay down for too long or due to anxiety so I don’t expect your dentist being surprised if you discuss this.
Getting a break during a root canal treatment is possible (maybe not always convenient for the dentist, but your health and well being should be a priority in this) and the rubber dam can be taken off in few seconds. I can only encourage you to have a chat with your dental team, agree on a stop signal and ask to have a break whenever you need it.

All the best wishes

Thank you - you're right

I'm glad it's at least possible. That feeling like it's impossible for me to use the loo is not very nice at all for someone who has an issue like IBS because you never know when you might need to, plus the anxiety of knowing you can't go if you need to makes it much worse! Ironic really.

I mean, with the imodium and valium I should be ok for quite a while but I just can't be SURE, that's all.
R

Yes! I take lots of Imodium, eat bland chicken and rice the day before and get to my appointment just before my allocated time. The waiting room makes it much worse!

I have IBS, and while I thank my lucky stars it has never been an issue at the dentist, I actually did have to ask for a toilet break during a root canal because I realised my period had started! I was really embarrassed, but the endodontist was so nice. The nurse said it happens often (I think she meant people needing a wee) because the treatment is so long.

Well I'm glad it's not just me anyway!

That puts my mind at rest

We are all human but I suppose sometimes in life it feels like the room for error is so small and that makes my anxiety quite a bit worse because you can never be TOTALLY sure something won't happen, like a desire to use the toilet!

I'll make sure to communicate these concerns with the dentist so they know it's a potential issue for me.

Seeing that @drhirst is online reminded me of one threads here where he talks about breaks during root canal: 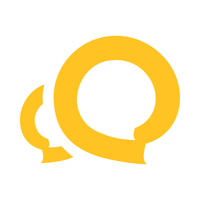 Can you take breaks during root canal treatment?

Hello everyone. I'm hoping that you can help me with a couple of questions I have. I recently had a replacement filling in a molar, it was quite a deep filling and my dentist said to monitor it. This was almost two weeks ago and everything seems fine. The problem I seem to have is that every now...

www.dentalfearcentral.org
Thought it might give you some further reassurance

All the best wishes and lovely Christmas holidays

@Enarete.. ahh.. I love @drhirst answer here!! it is the best!! Thanks for the reminder of this. @Hoppi I don't have IBS myself , however I recently went in for about a 3 hour surgery with implants, bone graft and more and I had to take several bathroom breaks due to the fact I drank way too much water.. my bladder was very active this morning . My dental team didn't mind at all and were really nice about it.

I suppose it is something they are used to, at least to some degree.

One of the dentists I had at my surgery always seemed very dismissive of my anxiety and issues and so on. So I switched to someone else

I really need someone who is understanding about it and makes things go nice and smoothly, because I know it has to be done but it's very tricky for me.

I've had some great dentists at that surgery but unfortunately both of them have left now I think. I wish I could find someone regular that I like ._.

I hope you can find someone you are comfortable with again and feeling they understand and care about your anxiety and needs ! I love that you switched before when you feel your needs were dismissed!

I don't have IBS but I have post-cholecystectomy syndrome (basically chronic, unpredictable cramping and diarrhea) so I always have to think about what I'm eating and when and where the nearest bathroom is and all that lol. I don't know if things would be different for someone with IBS, but I have an appointment tomorrow that's going to be at least an hour long, and I plan to eat something very small and bland before I go. Being nervous means I may have what I call "panic poo" before I go in, so I want to minimize the chance of anything happening WHILE I'm in the chair lol. A good glass of water and a small, bland snack beforehand is the best I can do. Enough to wake up my tummy but little enough so that it shouldn't have any cramps or emergencies. Good luck!
You must log in or register to reply here.

P
Does anyone else feel uncomfortable leaving their coats in the waiting room?

Aug 12, 2021
tazey
T
L
does anyone else struggle with irrational fear of losing teeth?

Does anyone else do this?

Jun 21, 2011
littlestirishone
L
T
Does anyone feel like a bother to their dentist?