In constant paint after recent visit, always seem to have issues

I moved to a new area five years ago and registered with the only local NHS dentist. I have been there four times now, and I have problems every time I go. Last time, I only went for a check-up and a scale/polish, but after I left, my mouth wouldn’t stop bleeding. I was spitting blood out for hours. I’m 40 years old and that has never happened to me before.

Last week ago, I had to go because a check-up had identified I had a cracked filling, so last week I went to get that fixed and a scale/polish because it had been a while since my last one. I should have mentioned, every time I’ve been, I see a different dentist, whereas I’ve always seen the same one at other practices.

I’ll summarise the aspects of the visit I wasn’t happy with to try and keep this short – I was confused that she seemed to not know how to work the chair, which didn’t fill me with confidence. She injected anaesthetic and it seemed like half of it got squirted directly into my mouth so I had to sit up to rinse, which has also never happened to me. Fixing the filling took a very long time, much longer than I’ve experienced before. These things aren’t a big deal and were frustrating at the time, but the main thing – She then moved on to the scale/polish and it was extremely painful, which I’ve also never experienced. I definitely don’t have a low pain threshold, but it felt like she was butchering my gums. I kept wincing in pain and I was drenched with sweat, but she seemed totally oblivious when I said it hurt. She asked if I was nervous and if I was warm.

It’s now a week later and I’ve been in constant pain. The filling was on the upper left, but the pain is on the lower left. It hurts a bit all the time, but the pain increases significantly when I eat or drink because it is so sensitive to temperature differences now.

I assume it’s just bad luck on my part, as I know I can’t assume all of the dentists that work there are inexperienced or incompetent, but I don’t know what to do now. I don’t want to go back and see the same person that didn’t seem to have a clue what she was doing, but I’m not sure what else I can do, other than contact a private dentist and pay a fortune to start from the beginning, but I don’t even know for certain whether my dentist was actually at fault.

I’m not sure exactly what I’m asking for to be honest, I was just hoping for a bit of advice on what to do, and I wondered whether anyone has had similar experiences. Thanks in advance.

I'm sorry you haven't had a reply yet! Sounds like you had a horrid experience with the last dentist you saw at that practice

. There's no need for dentistry to be painful in this day and age.

Unfortunately, the way NHS dentists in England are compensated has meant that many have left the NHS to provide private treatment only. So your choice of NHS dentists tends to be limited.

If you cannot afford to see a private dentist, you could still try and find out which of the dentists in your local NHS practice may be good by asking around locally (either in person - ask friends, family, neighbours, colleagues, GPs, etc.). Or get in touch with the Healthwatch for your local area, who may have had feedback from patients about NHS dentists at the practice.

Alternatively, if you can travel further afield, you can go to an NHS practice elsewhere (there's no requirement to register with a local one). Again, ask for recommendations for specific dentists - you can also try local facebook groups.

We've collected some more tips for finding a dentist here:

How to find a dentist for nervous patients

Discover how to find a dentist who is good with nervous, scared or phobic patients - and who to avoid! 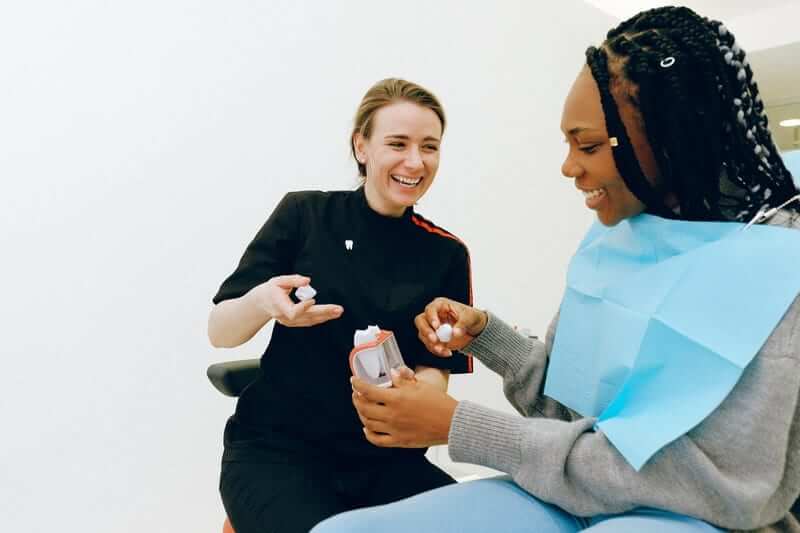 How to find a high-quality dentist

How do you know if a dentist really cares about the quality of their work? Here is what to look for and expect from a high-quality dentist.

Does this help any?
You must log in or register to reply here.

Apr 18, 2022
thatcatguy
T
A
Obsessed and constant worrying about teeth

how long is constant bleeding supposed to normally go on right after extraction?

J
Pulsing pain here and there but feel constant pressure