So I finally have my IV Sedation appointment scheduled for August 26th at 8 am for the broken amalgam + amalgam and cavity next to it (so two fillings total, the back-most molars on my lower left jaw).

Yes...these are the exact same ones I posted about in 2019. Not sure how I managed to keep a root canal at bay over these two years, but I have! (It probably has something to do with the Clinpro 5000 toothpaste my dentist originally told me to put on that cavity before it became something that needed to be filled). I don't recommend it though. But with the pandemic I really had no choice.

Previously I tried just about everything- the Wand to cope with my fear of needles (had to cancel that appointment due to a sudden appointment conflict so I didn't go back), and even laser dentistry to cope with my fear of needles and drilling. Sadly, the laser dentist did not work out as I felt like I was choking and couldn't breathe when he put the laser in my mouth while an assistant was there with the suction right next to it. I just panicked sadly. I think because the filling(s) are so huge and I felt like I couldn't cope with the anxiety for the 45 mins or so it would take to complete the fillings.

So now I finally am going to do what I had originally planned with IV sedation. The dentist will have an anesthesiologist there and he does fillings and other work on sedated patients nearly all the time. They advertise their "airway centered dentistry" on their website and seem very knowledgeable so I feel like I'm in safe hands. The dentist also reassured me that my weight won't be an issue and he has sedated patients upwards of 500 lbs with no complications. The only complication he ever had was a patient who briefly fainted due to a heart issue.

I feel like this is the safest place I can be to get it done, but I'm still worried.

He said he wouldn't use a dental dam, which I found surprising, but maybe it is too hard for a sedated patient to breathe when that's on?

If anyone can reassure me, please help! I have been driving myself crazy and I just need to be DONE with it!

first of all, well done on scheduling, it sounds like it‘s been quite a process to get to this point! I‘m sure you will be very relieved and glad once these two teeth are finally fixed.

When it comes to fears, I‘ve never met anyone who would be less scared after their appointment is finally scheduled. We usually all get more scared and the anxious thoughts get more. This is our brains trying to make us not to go, because that is what fear does: trying to protect us from things that hurt us in the past, by making us avoid them. Being super scared right now is a part of the process.

Now the question is: do you have a reason to worry? Is there any indication that there may something go wrong during the IV sedation? I don‘t know, but if a dentist and their staff has an extensive training around sedation - and the main part of it is how to make it safe - I would think there is no reason to worry. With that being said, it is your right to ask whatever you need to know and discuss whatever insecurities you may have. So how about asking them why is it safe? And what makes them so sure you won‘t have issues?
By the way, IV sedation won‘t make you sleep, it will make you relaxed and you won‘t remember anything afterwards, but it‘s not general anesthesia. You will be able to breathe on your own and even talk and follow instructions (you can read more here). I suppose this is why there is low risk in things going wrong. Is there any reason you are worried about heart issues? When it comes to choking - with or without rubber dam, your nurse will be there with the suction instrument catching everything all the time. That’s their main job. There is no way how you can choke.

All the best wishes, hang in there and keep us posted. I‘m sure all will go well!

As for the worries, I had heart palpitations last month, but I had an EKG earlier this month and my doctor said it was normal and she wasn't concerned about it. My blood pressure was a bit higher than normal however. So I suppose I don't have much to worry about there, but I suffer from OCD so I obsess over my fears...

I will be going in this week, so nervous but so ready to have it over with!

I am going to make sure they have sedation reversal drugs on hand, I'm pretty sure they will, as well as emergency oxygen / defibrillator should something go wrong...I'm sure they will for that too. I will just tell them how concerned I am about my weight and choking and I'm sure they will reassure me before they put the IV in.

The reason I became so worried is because I read a 15 year old died from either IV sedation or general anesthesia, not sure which one it was, but it was last year and happened in London...very scary. I'm in the USA though but a few people have also died from it here....I know it's extremely rare but my mind just keep obsessing about it over and over.

At least I'll be done with it all soon, can't wait.

Fingers crossed for the appointment. I think asking for oxygen and defibrilator and just letting them tell you how they can make sure you will stay safe may give you some reassurance.

The 15-year old you‘re talking about was severely obese, had mild asthma and sleep apnoea and the procedure was general anesthesia. That‘s something entirely different than IV sedation and the difference is that with GA people are intubated, so don‚t breate on their own. IV sedation in contrast is simply a medication to calm you down and make you forget everything, but doesn‘t interfere with your breathing.

I‘m sure everything will go well. Let us know how you got on

P.S.: If you feel you can benefit from some positive stories, we have an extra section for it here 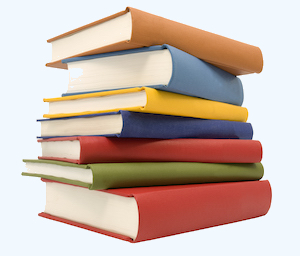 Read the stories of people who faced their phobia of the dentist, often after decades away from the dental chair - and lived to tell the tale!

Everything went fine! My larger filling is still a little sensitive to pressure and cold though. He used composite of course. I wasn't completely asleep the way I was during my wisdom teeth procedure though, but I still didn't feel too scared...I did feel that way a couple of times but it wasn't anything I couldn't handle.

I've been really busy but I'll post a full journal soon! (As a separate thread since I feel that would be the best way.)
You must log in or register to reply here.

T
4 teeth out. 4 fillings. No sedation. 45 minutes. What was all the fuss about?