Made an appt after 12 years but did I do it wrong?

I've checked out this forum many times in the last year. Twelve years, lots of life changes, many bouts of depression, and the sudden death of my young dog finally led to me making an appointment for ~ two weeks from now. I tried in the summer, last July after browsing and getting inspiration from the posts here, I called our local clinic for an appointment. They said they were revamping their dental practice and they would put me on a wait-list for October. I agreed to go on the wait-list but looked into private practices nearby to see if I felt good about any of them. I called two and left voicemails but could only work up the nerve the email the third office. Later I thought about the email and felt that I had shared too much in listing all the things that I know need work and I lost my nerve completely to follow up. I never even heard back from that office so maybe I was right and I had freaked them out with my laundry list of oral issues...? One of the other offices called me back a whopping six weeks later but I had moved back into my denial phase by then and decided I didn't need to return their call, and also decided that they are probably not the best practice waiting that long to call someone back during their time of need. I decided that I would wait for the clinic to call. I would die waiting if I had to! Hah kidding but I felt safe in my denial and not having to act on anything. Everything was fine and life was dandy, I've not even been in any pain so what could be wrong, truly??
Well time went by and the clinic never called. I was pleased about it, except for everytime I looked in the mirror or thought about going out with no mask. I started to think I never was actually put on the wait-list (remembering my year in sales and how the wait-lists would grow so long during holiday seasons and with no chance to ever catch up, we'd stop taking down names entirely) and I had just been sitting here doing nothing to improve my situation for months and months. But then life happened and my dog was suddenly very sick. I had to make some tough decisions, ones I never thought I would have to make for young healthy dog. Then, after making those decisions under mountains of stress and going back and forth in my mind about what the right move really was....I had to grieve like I never thought I would for a pet! A week or two after putting my dog down, I felt that nothing I could go through would be as hard as that just was. In all of my worst imaginings, I knew that hearing the news that she would never recover was worse than anything a dentist could tell me about how my teeth look or what I would need to do to reach a healthy place with my mouth.
So, I called the clinic, they confirmed that I am on the list and I should call back in March to see if it's my turn yet. I was so saddened by this long wait after finally deciding I would go all in, that I rushed off the phone and without thinking, called the private office that I had reached out to in July-- the one that called me back 6 weeks later, a move for which I had briefly condemned them. Though initially I judge them, I ultimately chose them as they are in walking distance of my apartment and I have been daydreaming that walking there will be less stressful than driving. I know it will be traumatic for me to sit in the car waiting for the lights, waiting to move, when I know I am headed toward facing my hugest fears.
So I called abruptly and I had not even thought about what to say upon answer, and when the receptionist picked up I just blurted that I would like to be seen as a new patient. She said "Ok let's get you in for what, a cleaning?"
And I panicked-- having told myself in my first round of calls that I would be open about my situation so there would be no surprises for me or the dental team later-- and said "Well I haven't been seen in several years so I think just take a good look and x-rays and I know that my wisdom teeth need attention... I'm just wanting to get the ball rolling on everything, so yep!" She said "Ok, let's get you in for an exam," and proceeded to schedule me a few weeks out.
Ever since I have felt a bit excited at the prospect of handling this but a lot of dread and even more discomfort that I was not really upfront about everything that's going on. I guess I don't really know how much I need to get into it, and my anxiety sky rockets when I try to speak about it; but I do feel dumb not mentioning the heavy plaque buildup that needs a deep cleaning and my back molar which dropped it's old amalgam filling over a year ago. Those aren't the only problems but they seem pretty crucial to address. Certainly that's relevant info for her to have? but I don't know if it matters to call them back since we will just be doing an assessment at my first appointment (I assume!) I've never made a dental appointment before and just hope I didn't screw it all up. I hope sharing my experience will alleviate some of the worry over it all...thanks for reading!

Hi @Cookierobots, sorry to hear about the death of your dog, that sounds very traumatic

You certainly didn't do anything wrong, most people wouldn't mention the state of their teeth when making an appointment. Besides, it's for the dentist to figure out your needs, rather than the receptionist

Having said that, if you are nervous about dental visits, it's always a good idea to let your potential dentist know about how you feel and what you're worried about. We have a form in our downloads section which can be used for this purpose if you like: 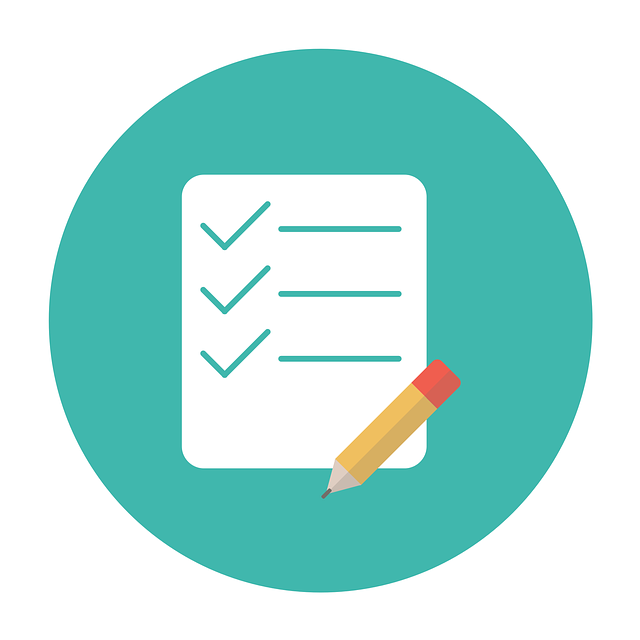 Free worksheets and a questionnaire for nervous patients which you can use to let your potential dentist know about your fears.

There's also a step-by-step walk-through on our website, in case you hadn't come across it before (admittedly, a lot of the pages are very well hidden, lol): 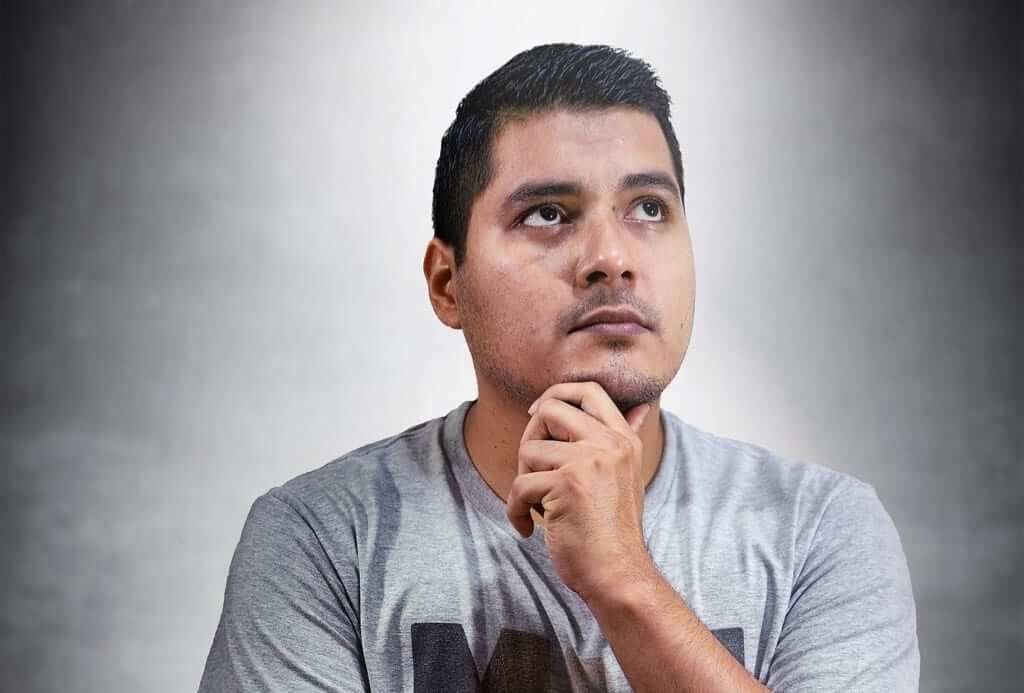 If you suffer with dental phobia, it can be impossible to see a way forward. This page explains how to identify your fears and provides useful downloads.

Congratulations on working up the courage to make an appointment, and thanks for joining our forum!
C

Thank you @letsconnect those.links have been quite helpful in mentally prepping for my appointment!

I actually called the office back this morning to see if they could get me in earlier, because I just didn't want to feel all this uncertainty and fear for two more weeks. They said no they are booked up, but then called an hour ago and said they had an opening and could I make it in? I had been comped by my work for jury duty the whole day (we were dismissed from serving after waiting 2 hours) so I rushed over to the office, totally ignoring my fear and just not thinking about it as best I could. I went right in, no waiting which was so good for my anticipated anxiety! Patricia and I chatted like new friends while she took my x-rays. She told me about her holiday plans and asked about mine. Then she explained that I might be surprised at how nice everything looks after my deep cleaning-- which we have booked for next week! She said they will get me fixed up and back on track, and I could just cry as I never thought someone could say that about me and my teeth! I'm nervous but after such a warm welcome I feel entirely better about facing this. They even said that for a decade+ without any professional cleanings or work, there's a lot of buildup but actually things don't look so bad. We did not go over the x-rays yet as they want to take them again following the deep cleaning when they can get a better view. Still nervous about sitting through it-- I only have memories of a regular cleaning 3 times in my life so no real experience to draw from-- but I got in the chair and that was one thing I never pictured myself being able to do. I'm scared about the laundry list I think they'll give me, but the first step is over and I never ever have to take it again! This forum has been absolutely essential in getting me started so thanks to everyone for sharing your stories and getting me moving. I'm turning 32 this month and regardless of what happens with my care plan (I'm still scared all my teeth will need extractions or have bad bone loss...) I'm proud that I will head into a new year with renewed hope and confidence that I can do what's necessary to reclaim my oral health.
A

@Cookierobots I'm sorry it took me so long to read your post after you were kind enough to reply to me. I think you're doing great. Please if you don't mind keeping me updated? I feel like I might be able to draw a bit of strength from your experiences.

I'm also very sorry to hear about the sad loss of your dog. For what it's worth, I'm sincerely sending you all my good wishes and support.
C

@adendum4567 thank you! It was super tough to endure but ended up being a catalyst for this really positive change in my life. Pets just give and give, even when they are gone, it turns out!
I will keep updating and look forward to reading your updates too. Big changes are coming for us this year!
A

@Cookierobotsi I, too, am trying to draw inspiration from the second love of my life, my cat. He means so much to me, and I think back to the heights of the pandemic when he had two fights and needed two ER visits. I wasn't allowed back with him and he must've been so scared during the treatment with a bunch of strangers prodding him.

@adendum4567 so true, and I'm glad your cat is doing better and can be a source of comfort for you while your work on your oral health. I'm lucky to still have one older dog to snuggle with when I'm feeling down about everything that lies ahead; super grateful for him. I'm not sure how people without pets to lean on deal with all this heavy "life stuff"!
A

I'm glad that you have a dog who can keep you company when you're feeling overwhelmed. My cat is doing great, thank you! Though he is no longer allowed out, so no more fights.

People without pets might not know what they're missing. I never thought I could connect with a cat like I have but he is really something special.
You must log in or register to reply here.

I
Scared! Made dentist appt for first time in years