Please help. I don't know what else to do.

Right, so I have a pretty long story. I don't know technical names for teeth, but I'll do my best to be clear.

Back in '06, I went to a dentist who filled a small cavity, overdrilled, and then proceeded to very nearly drill into my face because he was so preoccupied with flirting with the attending nurse. After whatever dental work he did was complete, I couldn't help but brush my tongue over the surface of the tooth (facing the front just to the left of my left big tooth) and noticed giant ridges. When I got home, I tapped it, and part of the filling popped off. I was very young at the time with pisspoor insurance that many higher quality places did not accept, and did not get the problem fixed. Fast forward to '08 and having a severely infected root that required the endodondist to stop the procedure and give me a higher antibiotic dosage because of the bleeding. The root canal failed, my insurance didn't cover the apicoectomy, but the endodontist felt bad for me and did it pro bono.

Fast forward to '10 and chipping the left front tooth and the dentist I went to felt it would be in my best interest to crown the chipped tooth and because it was right next to the aforementioned root canalled tooth, to crown that one, too. I then ended up with an infected root on the same side of my face, but on the lower jaw, second to last molar. It was root canalled and luckily, treatment was a success.

Fast forward to mid '11, and I got hit by a car as a pedestrian, fractured my forearm and femur, and the impact caused my arm to fly into my face, and jostled the teeth on my left side, right where the root canalled molar was. Due to some more complicated business, my insurance expired, I couldn't see the dentist, let alone doctors, so my fractures healed incorrectly and the tooth took a turn for the worst.

Fast forward to early December of 2012, and the tooth abscessed, the boil was visible on my gumline, and two weeks later, I was in excruciating pain (which is saying something for someone who flew 15-17ft from a hit and run). I could barely move my jaw to speak let alone eat, and took initiative to find my own solution.

I don't have health insurance because I missed the enrollment period at work and should be getting it in a few weeks. Since mid-December, I've been taking colloidal silver as an antibiotic three times a day and for a while, it was working. I got shorted a pay period and wasn't able to buy more, and the affected molar got worse. Since then, I've been religiously ingesting it along with calcium supplements to strengthen the surrounding bone in hopes that it would help my case. It's abruptly gotten worse over the course of this past week, and now a deep filling has popped out of my right big tooth and two teeth to the left of the very first root canalled tooth is very sensitive because of a cavity close to the gumline that I suspect has exposed the root.

One of the dentists I went to caused trauma to a nerve that resulted in me having trigeminal neuralgia and up until now, it wasn't bothering me but it's been offset by all the dental problems I'm having. I'm experiencing 7-9 consecutive hours of headaches a day, swelling, and a constant dull throbbing pain. My only saving grace is my colloidal silver, and I'm so scared that my top infected tooth might spread to my crowned teeth. I'm only 22 years old and I'm an orphan who is living paycheck to paycheck. When I do get insurance, it will only cover basic dental work (prescriptions, fillings, x-rays), and only after a year of having it will my benefits increase. I don't have a year, and certainly not the money.

What do I do? If I could do a payment plan, I'd be okay, but every practice seems to require upfront payments, which I can't afford. I'm so stressed, and my medical problems outside of dental is just as bad. I am at my wit's end and I want to break down but I don't even have time for that. Does anyone have any advice? Anything I haven't already tried?

I've been doing: a tablespoon of colloidal silver once every six hours, three capsules of calcium supplements a day, saline solutions that I swish for three minutes whenever I can, a temporary filling replacement for the one that popped out (I tried putting some by my abscessed tooth and it seems to agitate it so I stopped), and ibuprofen to keep the swelling to a minimum.
Last edited: May 18, 2013

Is there a dental school that you could go to, I don't know what Country you are in. But people contact dental schools for treatment in all different countries.

Other than what you have done I haven't got any suggestions, sorry. There are a lot of people on here that come up with all sorts of ideas and there is a wealth of information that they hold too. Someone will be along that could possibly have an answer for you but be patient because everyone is all over the world the time zones are different and so even if nobody comes on straight away don't worry. They will. 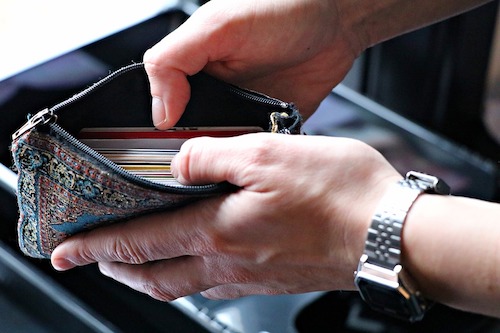 How to Pay for Dental Treatment in the U.S.

Are you worried about not being able to afford dental treatment you desperately need? This page explains the options available in the US.

Is there a dental school that you could go to, I don't know what Country you are in. But people contact dental schools for treatment in all different countries.

Other than what you have done I haven't got any suggestions, sorry. There are a lot of people on here that come up with all sorts of ideas and there is a wealth of information that they hold too. Someone will be along that could possibly have an answer for you but be patient because everyone is all over the world the time zones are different and so even if nobody comes on straight away don't worry. They will.

Are dental schools very reliable? After so many horrible experiences, I'm quite wary about dealing with people whose experience level is limited and may need constant reassessments from their instructor before moving on. I do live the U.S. I just heard back from my employer and apparently while the enrollment period has begun, I won't get coverage until July 1st. I am, however, looking into every viable option possible. I thought about submitting an application to the NFDH, but I'm not sure how long the waiting list for something like that is on a local state scale. Thanks for the well-wishing! I hope a solution comes along soon. I've beem without medical insurance for nearly 80% of my life and it's really catching up to me, and I've only turned 22 this year. I don't know if I could handle another thing going wrong. :/
J

I'm not sure if this is a tool that I can utilize because while I don't have BAD credit, it's certainly not the best. But I did apply so hopefully something good may come from this. Thank you for the suggestion! I really appreciate anything headed my way.

I am in the UK and I am having treatment at a dental hospital at the moment. I am totally satisfied and I have every faith in the dentist treating me there. There is a tutor on hand but it doesn't get in the way, sometimes advice is asked for or given but it all runs very smoothly and patient comfort is mentioned all the time. I have found everyone I have come into contact with very helpful and I would happily be treated there all the time with the dentist I see there at the moment.

Let us know how you get on.

S
4 teeth extracted. I don't know what to do. Please help.

N
I don't know what is wrong with my teeth. Help, please.