OK, so having seen my own dentist not half an hour ago, I have a rather more serious question.

I have an abscess round an upper canine (for which I've been given antibiotics), but she did an X-Ray, and the bone loss round that particular tooth is so severe that, she says, I can either wait till it falls out by itself at some point (how long that might be, she can't tell - clearing the infection will help, but the bone isn't going to regrow)...or have it removed and have a denture. She says it will stay in, but I'm not even sure how that works.

How DOES a denture for a single tooth work? And are there any alternatives for a single missing tooth? (I assume implants aren't feasible with bone loss - if I could afford them, which I can't - the practice is Bupa and NHS, and I use the NHS part, but I would consider paying for the Bupa side if there's an option they offer which I COULD afford.)

I think I have an issue with dentures because of my mother...by the time she was the age I am now (early 50s - when I was in my early teens, in the 80s), she only had four of her own teeth left (I'm missing two back ones, plus two wisdom teeth). She was super critical, and she had a habit of coming into my room at night before bed - after she'd taken her gnashers out - and telling me off in that gummy voice. And I HATE the idea of ever sounding like that. Sounds daft but that's how I feel. Plus it's a kind of 'you are officially OLD!' milestone. And I never liked the look of her false teeth, either - I thought they must be really uncomfortable to wear. But are modern dentures different?

And I feel so GUILTY, too. Like I've been trying so hard with the flossing and brushing - she's said at my last few check-ups that everything was fine. But she says sometimes, bone loss just happens whatever you do.

Looks-wise, I'm not actually THAT bothered about a missing visible tooth, and this one would have a narrower than average gap anyway since I have overcrowding, and both my top canines stick out a bit. But would leaving the gap be bad for the teeth on either side?

OK, that's actually a ton of questions, but I hope someone can advise me...
S

Have a read up on our excellent denture FAQ, which might help a bit.

Not replacing the tooth is certainly an option, implants are still a possibility despite the bone loss but I know little about placing them, best message Comfort Dentist or Lincoln on here.

Not replacing it is always an option too.
Last edited by a moderator: Feb 17, 2020
M

Not a dentist but I have a temporary partial denture for my front tooth right now (flipper). It is made of acrylic and basically fits around the teeth at the base and hooks in and has the fake tooth attached to it. Don’t feel guilty about the bone loss/infection. I had a huge abscess and always had great oral hygiene, according to all the dentists I have had over the years. Mine was from a bump on the tooth when I was a kid.
I am getting an implant with mine and I had a large amount of bone loss from a large abscess. I had to get bone particle grafting and a bone block graft to fill in the lost bone but it took wonderfully and I have my implant in now. I will be getting the crown soon.

Hi, I have a little flexible partial denture which replaces a molar and pre-molar on the lower right. Both teeth had had root canals. The molar was a bit of a disaster and just had abscess after abscess so I had it out after years of pain. The pre-molar had a post crown, and decay went under the crown - I got a new crown which lasted precisely 24 hours, and the dentist sad there wasn’t enough tooth to support it. That was money well spent. I now see a different dentist!

Anyway, I had the gaps for years - no-one ever saw them unless I yawned massively without covering my mouth! I appreciate your tooth is probably more visible though. I got the denture in 2018, mainly because I saw a poster for it in the waiting room. It clips to the next door teeth, with acrylic, clear material, and is completely invisible. I needed it adjusted slightly after the first few days, but since then it’s been great.

My surgery sounds similar to yours. I am an NHS patient, but paid for the denture privately, which was about £300.

I’m not sure what your situation is re your other teeth, but my dentist said she would only fit this sort of denture if the neighbouring teeth are sound. (She is very cautious by her own admission though.)

Any questions, shout - happy to answer if I can. 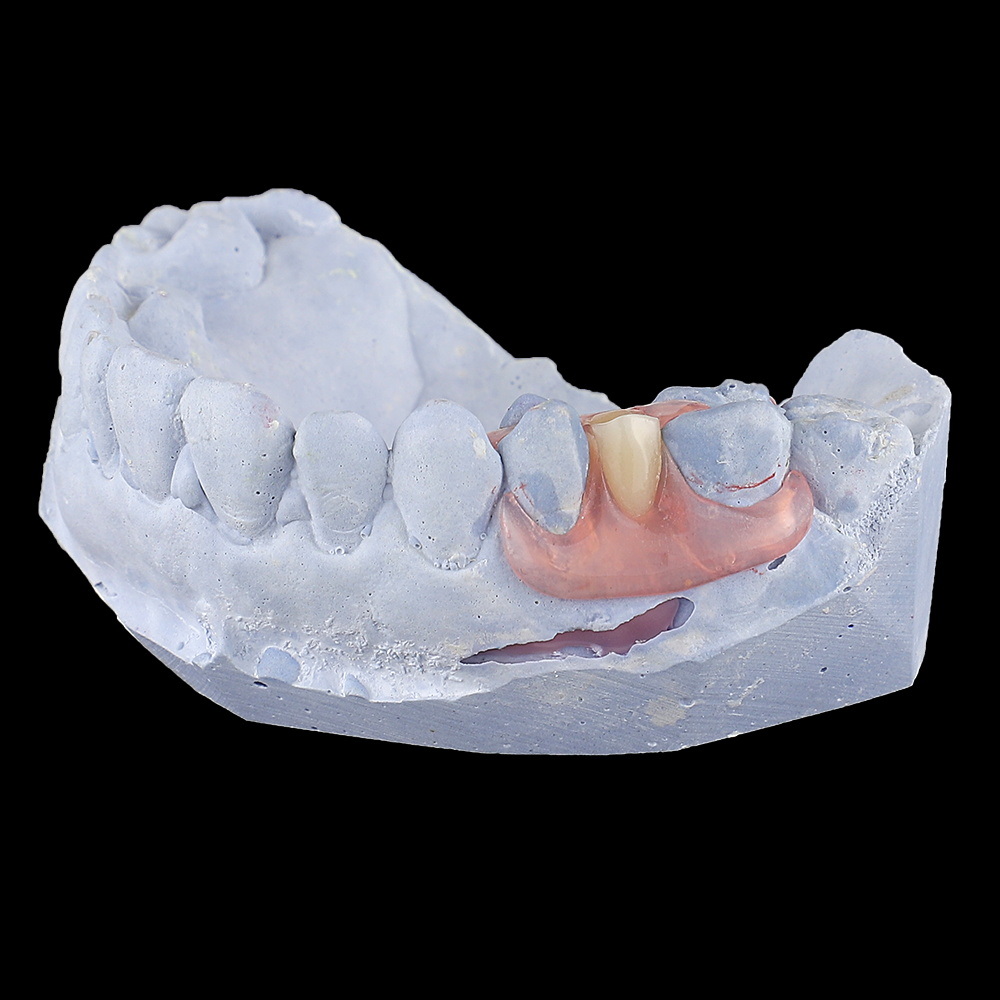 Just in case you are wondering, here are my teeth - the denture is completely invisible. (I tried to post this with my reply but it was being glitchy!)

Thanks, Judy. Did it take long to get used to eating/talking win it in?

Menopausal Magpie said:
Thanks, Judy. Did it take long to get used to eating/talking win it in?
Click to expand...

Not at all. I felt like my speech was a bit "thick" at first, but I don't think anyone else would have noticed - my partner said he didn't at all, and I went straight from the surgery wearing it to do some shopping in town. On the first evening I read pages of my book aloud to our cat!

In terms of eating, I realised quite quickly that the base bit of the denture was too long, and rubbing, so I ended up with a horrible big ulcer. I went back to the dentist the following week and she advised me not to wear it for a few days to a week to let things heal up, and also shaved a bit off the bottom of it. Once the ulcer healed, that adjustment meant I could eat completely comfortably. I got the denture just before new year, so there was a bit of a lag between realising it was uncomfortable and being able to go and get it sorted because of holiday days. Had it been at another time I would have been able to go in the next day and probably wouldn't have ended up with the ulcer. I was a bit embarrassed at having to go back so soon, but my dentist said she would have been surprised if I hadn't needed to have it tweaked a bit, so don't worry if you need a few appointments to make sure things are perfect.

From memory the process was impressions, a try in of a wax model, then going in to have it fitted. The lab (or the post) lost my first set of impressions, so I had to go back and redo them, then the wax model arrived all broken and a new one had to be made up, so it ended up taking far longer than it should have for me, probably about six weeks from start to finish. That was fine since I didn't have a visible gap. If there hadn't been those unlucky issues, it should have taken about a fortnight.
You must log in or register to reply here.
Share:
Facebook Twitter Reddit Pinterest Tumblr WhatsApp Email Link