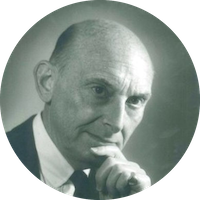 © Nathan Friedman. This paper originally appeared in “Emergencies in Dental Practice” (1967) by Frank McCarthy, MD, DDS (ed.). Published by permission of the Estate of Nathan Friedman.

Fear of dentistry is a worldwide health problem of considerable significance. In the United States it is estimated that twenty million people avoid the dentist because of fear. For these people, fear is a more destructive lesion than caries or periodontal disease since it is the major obstacle to their seeking dental health care.

Avoidance of the dentist frequently results in extensive pathology. Consequently, such patients are driven to the dentist by some crisis-like situation; either pain, swelling, acute infection or the last-ditch need to have a badly destroyed dentition repaired. However, the dentist cannot “get to” the teeth until the barrier of fear is removed in some way. Attempting to ignore the wall of fear usually leads to great frustration and stress for the dentist and a higher fear level for the patient.

A recent survey of dentists indicates that 57% of those responding considered the “difficult patient” to be the most stressful single factor in their practices. It is clear that for both the doctor and the patient, fear must be viewed as a significant syndrome requiring treatment. In a sense, each time the dentist is faced with a fearful patient, he is dealing with an emergency; not a dental emergency, but the emergency of fear. For the dentist, facing the fearful patient may create considerable stress, a sense of inadequacy and frustration unless he is equipped to deal with the problem expertly.

The dentist has a variety of ways to help the fearful patient. The use of drugs is the traditional modality. The techniques of inhalation, intravenous, intramuscular and oral sedation have been taught for years in dental schools and, postdoctorally, through continuing education channels. The techniques are well structured, the goals quite clear and the dentists using these modalities are confident of their effectiveness. However, it must be recognized that pharmacosedation does not reduce or eliminate fear; it temporarily circumvents it. Its value lays primarily in making dental treatment approachable for the patient by diminishing awareness and producing a temporary state of tranquility.

Treatment of the fear syndrome requires a different technique, one with which the fear is eliminated or significantly reduced by means of a relearning process. The relearning process is the result of interactions initiated by the doctor designed for this purpose.

Traditionally, sedation has been equated with the use of drugs to induce calmness. Although in a vague way it is conceded that the behavior of the doctor is helpful in calming the anxious patient, it is considered a haphazard, intuitive effort. The concept of fear treatment to be developed in the following pages is based on a system of simple behavioral techniques designed to accomplish the goal with maximum efficiency and minimum use of time. This system is iatrosedation.

Pharmacosedation is defined as: the act of making calm with the use of drugs.

Psychosedation is defined as the act of making calm though psychology. It is distinguished from organ sedation wherein some part of the body is calmed, e.g., cardiac sedation. Psychosedation, then, is the generic term for psychological calming and includes: